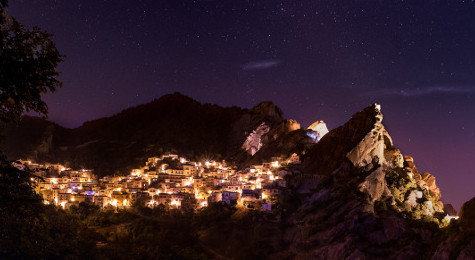 Forty days after the birth of Jesus Christ, Joseph and Mary went to present Him to the Lord. A man named Simeon came to the temple, “took Him [Jesus] into his arms, and blessed God” (Luke 2:28).

Simeon was righteous and devout. He was “looking for the consolation of Israel” (Luke 2:25). He was waiting for the Messiah, who would comfort them by His appearing. It was an expectation of the reign of God on earth.

For more than four hundred years, no prophet had appeared to revive their hope. Rome was reigning in Jerusalem. Religious formalism was prevalent in the whole Judaism. Scoffers asked, “Where’s the promise of Messiah's coming?”

Yet Simeon continued to wait for the Consolation of Israel. Every morning, he would go up to the temple and would be saying to himself, “Perhaps the Messiah would come today." However, each night, he would go home not seeing the Messiah.

Now, in that particular day, he would see his Messiah. Luke 2:28-32 recounts that,

he took Him into his arms, and blessed God, and said, "Now Lord, You are releasing Your bond-servant to depart in peace, according to Your word; For my eyes have seen Your salvation, which You have prepared in the presence of all peoples, A LIGHT OF REVELATION TO THE GENTILES, And the glory of Your people Israel.

There was much joy and satisfaction in his word and action for the Messiah had come! This relieved him of his anxieties about living to see the Christ. It also consoled his fears about whether salvation would come to Israel. It also fulfilled the personal promise to him by the Holy Spirit and God’s promise of salvation for all men.

Aside from the joy and satisfaction, these words are expressive of his faith. Why? Did he see power displayed? No! What he held in his arms was an infant Jesus; yet he saw His glory, that He would be a light for salvation to Israel and to the Gentiles! (v.32)

…There is a sense in which, we Christians ought to be every day waiting for “the consolation of Israel” --the Second coming of our Lord and Savior Jesus Christ

The Messiah has already come! However, there is a sense in which, we Christians ought to be every day waiting for “the consolation of Israel”—the Second coming of our Lord and Savior Jesus Christ (John 14:3).

Indeed the Messiah has come also to our very lives as our Lord and Savior. Hence, may we be like Simeon: righteous, devout, filled with the Holy Spirit and waiting for the final “consolation of Israel and of all believers,” praying that He come, and come quickly!

Pull-quote: …There is a sense in which, we Christians ought to be every day waiting for “the consolation of Israel”—the Second coming of our Lord and Savior Jesus Christ