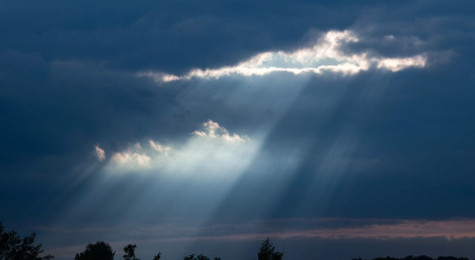 What the Jews had become (Lamentations 4:1-2)

The first two verses of Lamentations speak of Jerusalem’s former wealth and compared its people to gold. But what were once described as gold, are now regarded as claypots.

Jeremiah is contrasting how the people were before and after the invasion of Babylon. They were humbled by God; they were brought low because of their pride.

Let us then learn from their example.

In these verses, Jeremiah describes the starvation of the people, and he concludes this unit with the picture of women boiling their own children for food.

Now these things happened to them as an example, and they were written for our instruction, upon whom the ends of the ages have come. Therefore let him who thinks he stands take heed that he does not fall.

In these verses, Jeremiah turns his attention to the cause of Jerusalem’s collapse.

The cause of all this was their sin against God:

Because of the sins of her prophets
And the iniquities of her priests,
Who have shed in her midst
The blood of the righteous;
They wandered, blind, in the streets;
They were defiled with blood
So that no one could touch their garments.

As a result, the prophets, priests, and elders were scattered, God turned His eyes away from them for they did not lead the people to Him and to the truth.

Warning and Hope for Israel (Lamentations 4:21-22)

The closing two verses stand as a warning to Edom and Uz that their punishment is still to come. Where is their hope here? It is not found in their king, but in God. God gave full vent of His wrath to the nation that has sinned against her, but then comes also the warning to the other nation that His wrath will also come to them.

Truly, if we remain far from the Lord and do not repent and humble ourselves before Him, sin will eat us up and destruction will be our path.

We are also to see the importance and the role of the leaders. We are to pray for them; we are to encourage them.

Lastly, we should continue to put our hope in God and live our life for His glory.