The year 2013 was clearly unstable and filled with suffering. On a broader scope, much suffering were man-made such as the ongoing Civil War in Syria and the US Government shutdown. Others were beyond our control like the recent typhoon Haiyan (locally known as Yolanda) which ravished the Philippine Islands and left thousands of dead people and millions, if not billions, worth of damaged property. Certainly, there were numerous other events around us that we can never comprehend due to the magnitude of pain and evil that they caused.

Yet closer to our hearts are the personal situations each of us faced last year in our persons or in our families that drained us physically, financially, emotionally, and spiritually. Some of them, we were able to overcome. Yet there are those which still haunt us like our own shadows in the moonlit sky. In overall, a pressing issue needs to be answered: the meaning and purpose of suffering. Of course, no one wants pain and suffering. But we can never ignore them because they are real; though they are abstract concepts, they manifest in concrete ways. Hence, why does God, in all His power and goodness, allow such undesirable episodes in our lives? For this series, we will tackle the meaning of suffering in light of God’s character and argue that suffering is an integral part of God’s plan in human history, and is intended to display His glory to mankind so that those He called to be His, will respond in faith and grow in the grace and knowledge of Him.

The question of suffering has always confounded mankind - an unresolved dilemma that is devoid of an accurate definition. Of course, a dictionary can provide the basic meaning of the term. But when suffering strikes, comprehending its meaning is easier said than done. Now, in the attempt to provide answers, some philosophers see suffering as caused by the wrong way society is structured, even pointing to the unequal distribution of wealth or to institutions which keep man from achieving genuine liberty and happiness. Others see it as a product of our attachment to this world, thus encouraging the need to abandon all forms of materialism and pleasure and live a life of isolation. There are those who even think that suffering is due to our lack of knowledge and understanding of current natural conditions, implying that in the not-so-distant future, science and reason will eventually find answers and make this world a better place. While all these viewpoints are valid and reasonable, none of them has actually removed suffering and pain in this world. Suffering and evil still exists around us despite these advancements of modern technology and human thought. How then can we understand the meaning of suffering?

Suffering: An Integral Part of our Fallen Sinful World

“There was a man in the land of Uz whose name was Job; and that man was blameless, upright, fearing God and turning away from evil” (Job 1:1, New American Standard Bible)

One of the strongest passages in Scripture that sheds light on this issue is the account of Job. By all respects, Job was the man. In Chapter 1, we read three descriptions of who this man is. First of all, he was without any moral reproach:

Of course, this does not mean Job was perfect like Jesus Christ when He walked on earth. Rather, in terms of his moral duties to God and to his fellowman, no one can point a finger at him and accuse him of any wrongdoing. William Henry Green, in his book Conflict and Triumph, explains that Job’s uprightness denotes “honesty, straightforwardness, and sincerity... no double dealing or duplicity, no hypocritical pretense… either towards God or man” (9). In other words, he was a man of integrity; punctual and attentive to his obligations to his Creator and to his fellow creature. Interestingly, even with his wealth and success, he never failed to put his family in check (Job 1:5). Thus, even God Himself praised Job before the heavenly host as

“a blameless and upright man, fearing God and turning away from evil” (Job 1:8).

We can therefore conclude that of all people living on earth during Job’s time, Job does not deserve any form of suffering or pain. Unfortunately, what happened to Job in the next verses was a contradiction of our expectations. God allowed Job to suffer, to the delight of the tempter, by stripping him of his children and economic prosperity in just one hit. Then, perhaps, in just a few days, he was deprived of his health when the evil one was allowed to inflict him with boils. And even though he was as good as dead, Job’s life was spared. This made the ordeal even more painful. Had he died, his suffering would have ended at once. On the contrary, by sparing his life, it seems that God was cruelly allowing him to behold the misery that was far beyond any man’s ability to bear.

But that is not the case. From Job’s experience, suffering is an intricate reality in human life. In other words, it is part of God’s Sovereign plan in this fallen imperfect world. It is a reality mankind has to face because of sin. Hence, when Job lost his children and his wealth, his response proved that he did not see life as a perpetual bliss of happiness. Rather, he understood that suffering is a fact of life and that God has full control of it, whether what happens is desirable or not:

“Naked I came from my mother’s womb, And naked I shall return there. The Lord gave and the Lord has taken away. Blessed be the name of the Lord.” (Job 1:21)

If God gives, He can also take away. If He provides man life, man, despite all resistance, will also return to where he came from. Think of this, even with all the science and technology discovered by man to attain happiness, to combat aging or lengthen life; with all the brilliant systems and structures to protect our wealth and health; we will all still face problems, diseases, physical deterioration and even death. Unfortunately, Job’s three friends viewed his suffering as a result of a hidden sin that led to God’s displeasure, implying that if we only do good, suffering will be far from our doorsteps. Yes, sin can result in problems or even death. However, as mentioned earlier, Job was approved by God as blameless and upright. Thus, his suffering was not related to a hidden un-confessed sin. Rather, Job’s experience proves that everyone – rich or poor, strong or weak, intelligent or simple-minded – will encounter suffering in one way or another.

Suffering happens because it is an integral part of human life. What then should we do? First, we should not be surprised if we encounter undesirable circumstances. After all, we are not in any position to tell God what He should do with us or with human society. This is emphasized in Chapter 2. When Job’s wife urged him to curse God and die, Job responded wisely:

“You speak as one of the foolish women speaks. Shall we indeed accept good from God and not accept adversity?” (Job 2:10)

From these texts, good and adversity is from the hands of God. It is He who dispenses it in this natural world. Can the creature, then, complain against the Creator? Hence, we can imply that our second proper response is humble submission to God’s providence in life. Now, if we go to the New Testament, the Lord Jesus Christ gives clearer instructions:

“These things I have spoken to you, so that in Me you may have peace. In the world you have tribulation, but take courage; I have overcome the world.” (John 16:33)

His statement is clear that suffering is part of our lives on earth. But this does not mean it is beyond God’s control. Our third response, therefore, is to respond in faith. The above verse instructs us to understand that while suffering is an inescapable reality, we need to take courage because the Lord has already overcome this troubled world. Not only so. We have to move forward and see a greater reality working in, through, over and above suffering: the overall purpose of God in suffering, namely His glory and the sanctification of His saints. We will discuss these deeper in Part 2 of this article.


More Stir Up the Passion Articles 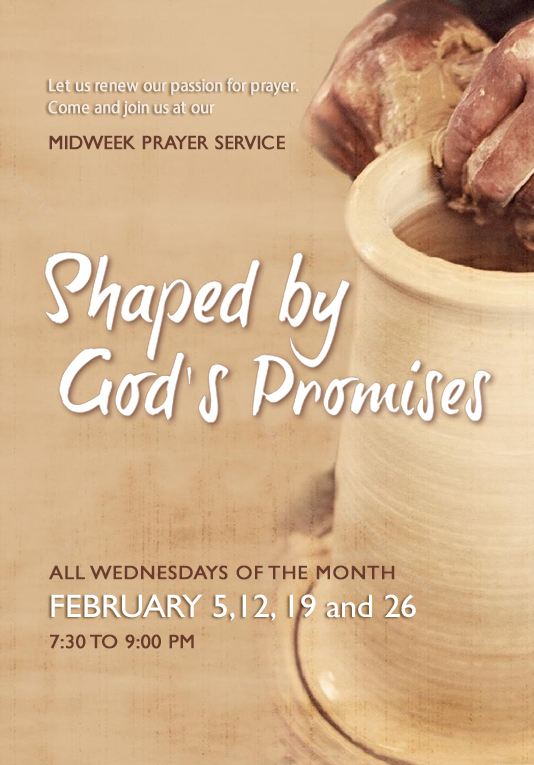