In the previous article, we saw from Scriptures like Ephesians 3:8-12, John 17:3, and 1 John 2:12 that Jesus Christ is at the very heart of God's plan to save lost sinners like us. We also specified three ways that this truth can and should affect our prayers. First, our prayers should reflect the God-centeredness of God. Second, we should pray specifically for the honor of Christ. And third, we should pray with confidence in the exalted Christ. Now I would like to spend more time thinking about the first of these three applications.

The more we appreciate the love between the Father and the Son, the more God-centered our prayers will be. The Lord Jesus Himself, who is our ultimate example for prayer, was consistent, disciplined and biblical in His prayer life. But most of all, He was passionately God-centered. It was He who taught us to pray, “Father, hallowed be your name” (Luke 11:2). As Christians, not only should we want to please God, but we should want God to be pleased with us. If we could know that God was pleased with us—I mean, really pleased—wouldn't that bring such comfort, encouragement, and strength to our hearts? Well, again, the Lord Jesus is the best example we have of how to gain God's whole-hearted approval over our prayers.

As the hour of our Lord's crucifixion loomed upon Him, he told His disciples:

“The hour has come for the Son of Man to be glorified. Truly, truly, I say to you, unless a grain of wheat falls into the earth and dies, it remains alone; but if it dies, it bears much fruit. He who loves his life loses it, and he who hates his life in this world will keep it to life eternal. If anyone serves Me, he must follow Me; and where I am, there My servant will be also; if anyone serves Me, the Father will honor him.  Now My soul has become troubled; and what shall I say, 'Father, save Me from this hour'? But for this purpose I came to this hour. Father, glorify Your name.” (John 12:23-28a; NASB)

Here, we see the very heart of Jesus, what motivated Him above all else to face the unimaginable terror of God's wrath poured out upon him for the sins of man. What motivated him was his desire to glorify the Father (v.28a). This is what He was saying in His short parable about the grain of wheat (v.24). We can easily miss the force of this if we move too quickly from verse twenty-four to verse twenty-five. If we do that, we'll see this parable as nothing more than a command from Jesus to lead a life of sacrificial service to God.

But that's not all He's saying. To really grasp the parable's entire significance, we need to read it with verse twenty-three first, before connecting it to verse twenty-five. “The hour has come for the Son of Man to be glorified. Truly, truly, I say to you, unless a grain of wheat falls into the earth and dies, it remains alone, but if it dies, it bears much fruit.” Who was the Lord describing as a grain of wheat? His disciples? Well, yes, but only in a secondary way. First and foremost, the Lord was describing Himself as a grain of wheat! The time was coming for Him to either fall into the earth and die, or to escape death but remain barren (“alone”) and fail in the very thing for which He came into the world!

No human being in history ever faced such a momentous choice. It would determine the destiny not only the entire material universe, but the spiritual realm as well. We can be sure that as the Lord pondered the crushing weight of this burden, the angels and all heavenly beings were watching him anxiously. “Now my soul has become troubled; and what shall I say, 'Father, save Me from this hour?'” As they waited for Him to make His choice, they were keenly aware that the fate of literally everything hung in the balance!

What relief and joy there must have been in heaven, therefore, at the Lord's next words, “But for this purpose I have come to this hour. Father, glorify your name”! From the very beginning of His earthly life, the Lord Jesus had been all about glorifying the Father. Now, even when it would require from Him the greatest possible sacrifice, His devotion remained as complete and uncompromising as it had ever been. Otherwise, He couldn't possibly have prayed the way He did.

The Father's Delight Over the Son's God-Centeredness

How much did the Father delight in the Son's prayer? So much so that He answered immediately from heaven! Verse 28b says, “Then a voice came from heaven: 'I have glorified it, and I will glorify it again.'” The Father had done this only two other times during Jesus' ministry. The first time was during His baptism, when the Spirit came down and rested upon Him in the form of a dove,

The second time was at Jesus' transfiguration, when in front of Peter, James and John, the veil covering His divine glory was momentarily lifted, and He appeared in the glory that He had shared with the Father for an eternity before the first created thing was ever made (Matt. 17:1-8; cf. John 17:5). Once again, the Father declared His pleasure in the Son, saying, “This is My beloved Son, with whom I am well-pleased; listen to Him!”

What occasions were so important, so God-glorifying, bringing such pleasure to the Father's heart, that He would speak aloud from heaven? The answer is what these three events had in common. In all three, the Father was honoring His Son, whose entire being was in turn devoted to the glory of His Father!

Why was Jesus so God-centered in His prayers? Because it was His utmost desire to honor His Father and bring pleasure to Him; because He knew that it was the Father's delight to see the Son's satisfaction in Him. Brethren, our Savior's prayers were radically God-centered. Seeing His example, seeing His joy, seeing His triumph, should we not devote ourselves to pray likewise? When we do, it's not likely that Father will answer with a voice from heaven, but we can be sure that He is pleased. 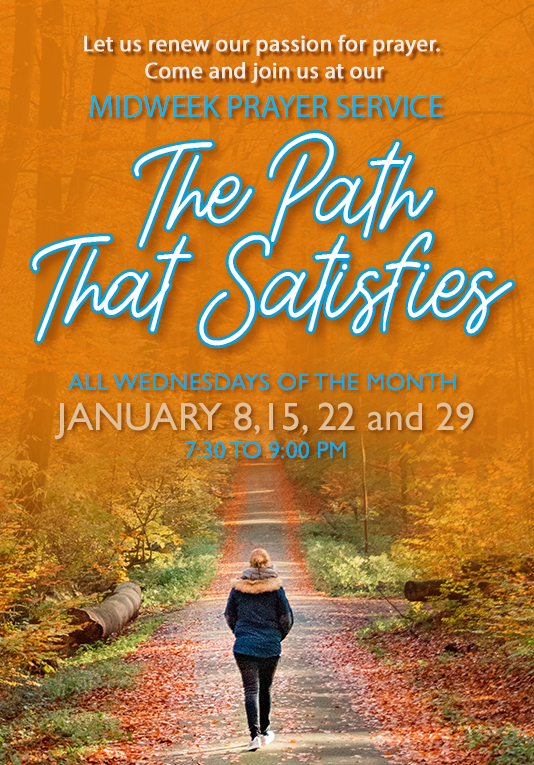